Control unit that can leave more than 2,000 press-fit results history. Simplified programming specification for selecting an appropriate control method from four preset modes and inputting set values. Use of the management software (optional) enables shortening of the startup time.

By combining a load cell (load sensor), an AC servo motor (electric drive), and a ball screw, load and position data (stroke) can be captured, enabling various control.
The stroke speed, position, and load are arbitrarily set to perform press-fit operation and judgement.
Judgment is made in real time while monitoring changes in load and position (stroke) during press-fit operation.
Therefore, it is possible to detect errors such as galling.

It is controlled by the load, and the load and time/position are judged at the end of press-fitting.

Check that the press fit has been performed normally.
Judgment of this load and time/position is the basis.

Continuously monitors the upper and lower limits of the load in any position range (zone) during press-fit operation.

Defects such as improper press-fit load, galling, misalignment, and prevention of damage to the workpiece can be detected.

Detects the peak load in the zone of measurement position and load during press-fit operation.

It is possible to judge caulking failure or missing load failure.

Pressurization parameters can be rewritten from Fieldbus 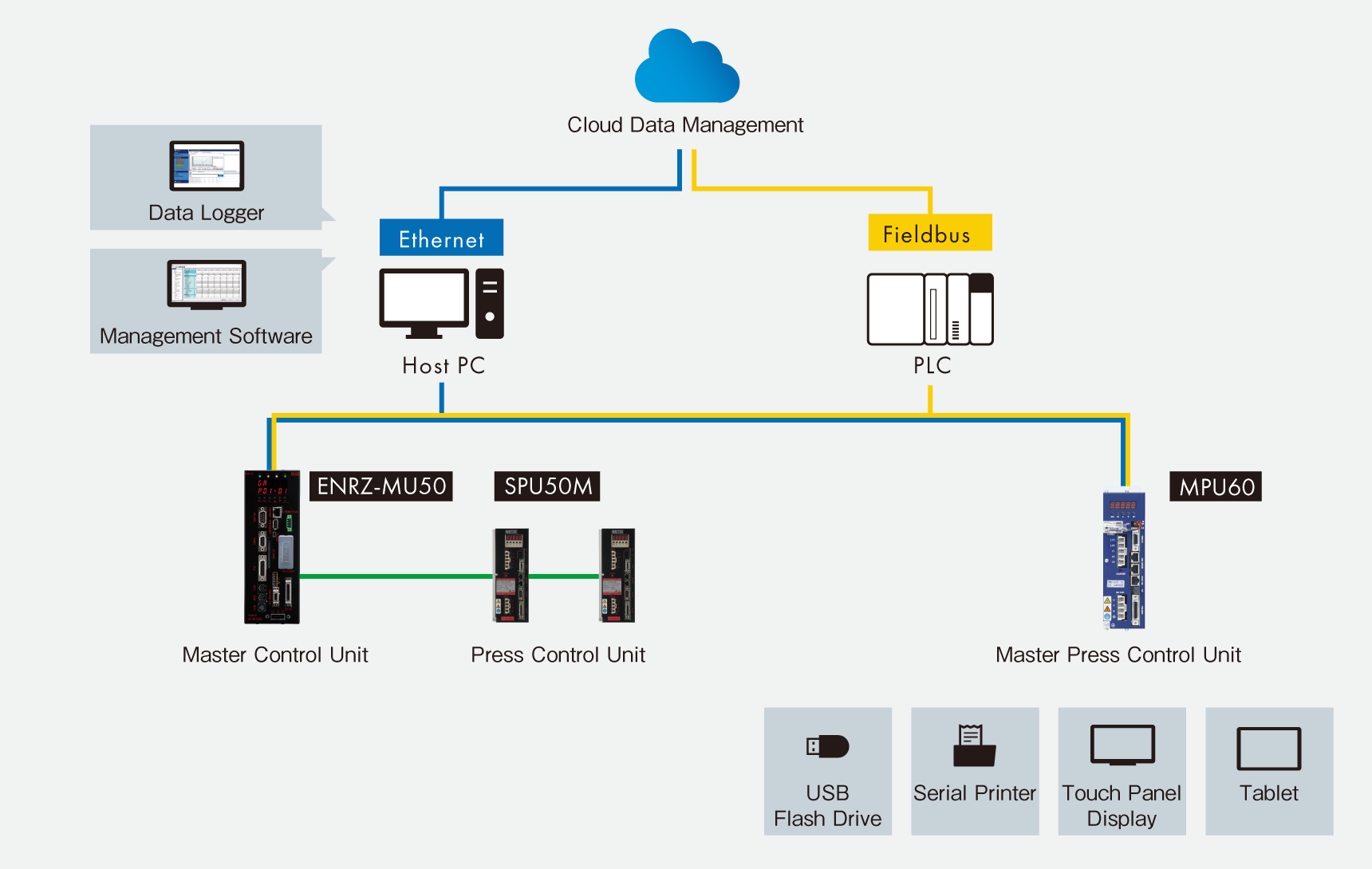 ESTIC's servo press is equipped with a platform that can easily communicate and integrate with host systems through open protocols, etc. Production-efficiency and quality-improvement can be realized by configuring assembly lines mainly for ESTIC's servo press.

Automatically collected press data communicates to various controllers via Ethernet. The data is recorded sequentially in the database and simultaneously displayed on the screen. The software also batches output acquired press result data in an excel file format on a fixed basis. Report management is easy.

Core unit for high speed and expandability. Up to 10 press controllers can be connected. Various Fieldbus modules are available including DeviceNet, Profibus-DP, CC-Link, EtherNet/IP, and Profinet.